The Party of the Century Beauty Special

CRET: The flawless form you attributed to all those crunches may in fact be the work of a plastic surgeon.By David Colman

Does the Sex of the Surgeon Matter?By Ruth La Ferla END_OF_DOCUMENT_TOKEN_TO_BE_REPLACED

When Times get tough, some go for plastic surgeryBy Ruth La Ferla 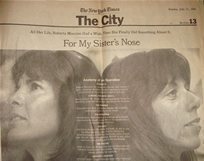 Beauty and the Breast By : Kathleen C Engles END_OF_DOCUMENT_TOKEN_TO_BE_REPLACED

“Plastic surgery can give your body and spirits a needed lift. But at what price?” By Paula Dranov

By Beasts Obsessed – We long for “perfect” breasts, but is that possible? By Leslie Epstein

1998: Weight Watchers, page 76 “The nineties are about being natural. Ant the face-lift of the nineties is a little softer and more natural.” – Dr. Helen Colen By Rod Davis

2001: The Best Healthcare for you and your family Top Doctors/ New York Metro Area (Fifth Edition) 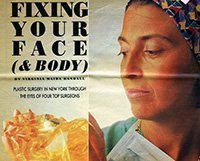 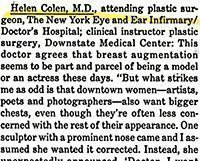 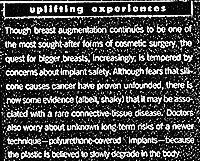 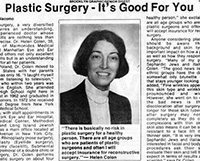 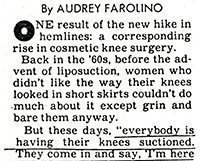 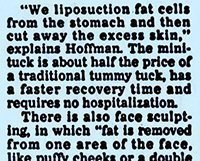 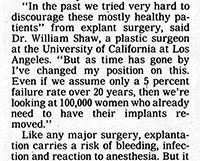 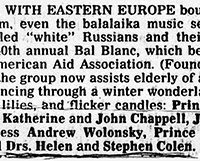 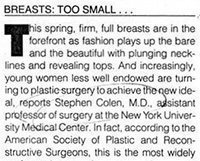 Breasts: Too Small with Stephen Colen 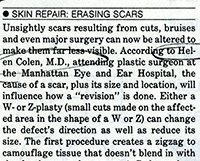 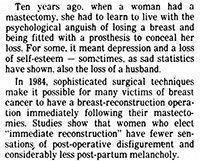 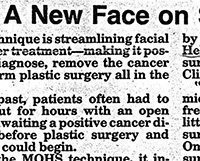 A New Face on Skin Cancer with Dr. Helen Colen 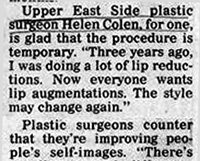 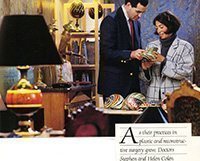 As their practices in plastic and reconstructive surgery grew… 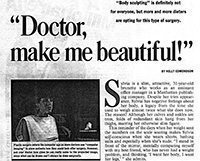 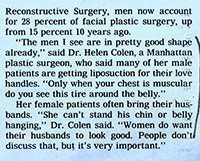