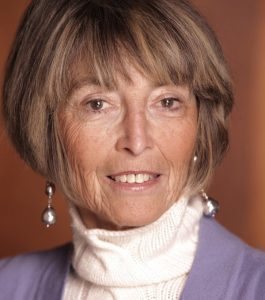 Dr. Helen S. Colen has been performing cosmetic plastic surgery for the past 35 years. 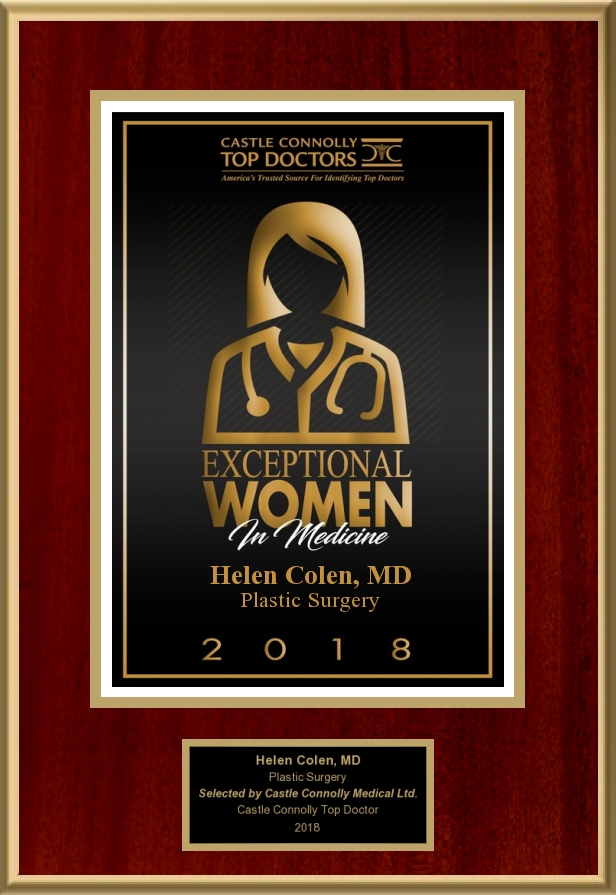 Dr. Colen is a member of Phi Beta Kappa, achieved the AMA Physicians Recognition Award since 1982 till present and has been included in Town and Country Magazine‘s best doctors list in 2001. She is in the Top Doctors list in Castle Connolly Medical Ltd. since 1997 and is listed in the Who’s Who of American Women in USA. She has also been on the best Doctors list of New York Magazine in 2001. In addition Dr. Colen has been mentioned in innumerable articles in popular publications throughout the time of her practice: i.e. Glamour magazine, US, Self, W, Vogue, Cosmopolitan, Town and Country just to mention a few.

Currently she is Clinical Associate Professor (Plastic Surgery) in the NYU School of Medicine, department of Surgery she is also an Attending Physician in Plastic Surgery at Manhattan Eye Ear and Throat Hospital, Lenox Hill Hospital and at the New York Eye and Ear Infirmary in NY. She also has lectured and written extensively on various plastic surgery procedures.

It’s no surprise that every day more and more men and women are having aesthetic surgery. Everyone loves the results!

As a professional for over 35 years, I see what my patient sees when she/he looks in the mirror. As a surgeon, I am able to create those changes that my patients really want.

Doctors differ in their aesthetic senses, however, they should be on the same aesthetic wavelength as their patient. If they are not, even a well performed surgery would not satisfy the patient. I like when my patients look natural and the operated area totally fits the rest of their body.

I like my patients get enormous satisfaction from a result that makes them happy. The practice of aesthetic plastic surgery is phenomenally rewarding, both in achieving great aesthetic results and in meeting many diverse and interesting people. Plastic surgery is creative, challenging and fun – I cannot imagine being happier doing anything else.

It is my pleasure to assist you in discovering the many benefits of aesthetic surgery. I recommend that you also talk with friends and a family physician. This added insight will be helpful during your surgical consultation. Most importantly, ask questions and have your surgical options explained to your own satisfaction.

During the first consultation which lasts about 45 minutes, I listen carefully to the patient’s request, I study his/her body language, I learn about his/her lifestyle, goals and wishes. I learn as much as I can about the patient’s body image. I never suggest ‘fixing’ any area unless the patient specifically asks about it. I finally advise my patient about the best procedure to achieve the best final look. I ascertain whether patients can undergo the stress of surgery physically and mentally and whether the desired surgery is appropriate and will fulfill their wishes and visions. Other topics I discuss include:

I insist that every patient should have a thorough examination by either his/her personal physician or by an internist that I recommend. Patients are asked to fill out a form indicating all medications they take, any pertinent medical conditions, and whether they smoke, drink or use drugs, all of which may affect whether the procedure can be performed.

At the end, a tentative decision is usually made as to what the procedure should be and where it will be performed. The patient will be able to start making plans to take time off for recovery time.

After the initial consultation, patients see the nurse for further questions and then the office manager to obtain financial information and eventually schedule the procedure.

Another 30-minute consultation is done two weeks before the procedure. During this second consultation, patients will discuss the procedure again, as well as the risks, benefits, and expectations. Pain management and the need for private duty nurses after the procedure will also be discussed. Photographs will be taken. The pre-op and post-op instructions will be given as well as prescriptions for perioperative medications are given.

My patients require few pain medicines because they’re not very anxious. I always work with the same excellent anesthesiologist who is familiar with my ways. We work as a team to make the experience safe and pleasant for my patients.

A. PRESENTATIONS AT MEETINGS SINCE APPOINTMENT TO THE STAFF

A. LECTURES GIVEN TO ATTENDING AND RESIDENT STAFF (each 1 credit in category I)

1. September 2, 1982: Burn Lecture given to Residents at Maimonides Hospital

2. September 9, 1982: Wound Healing Lecture given to Residents at Maimonides Hospital

3. October 21, 1982: Lecture on Reconstructive Plastic Surgery with Flaps given to Residents and Attending at Maimonides Hospital

4. November 13, 1982: Guest Lecture on Breast Reconstruction given to the New Jersey College of Medicine

5. November 16, 1982: Lecture on Microsurgery to the Resident Staff at Methodist Hospital

6. August 3, 1983: Burn Lecture given to Resident Staff at Maimonides Hospital

7. August 10, 1983: Wound Healing given to Resident Staff at Maimonides Hospital

8. February 3, 1983: Lecture on Microsurgery Basics given to the Department at Maimondies Hospital

9. December, 1983: Lecture Classic Techniques and Reconstruction in Hypospadia given to Urology Residents at Maimonides Hospital

10. September 7, 1983: Lecture on Burns to Pediatric House Staff and Attending given at Coney Island Hospital

11. October 16, 1984: Lecture Management of Burns given at Maimonides Hospital

12. October 22, 1984: Lecture Management of Burns given at Coney Island Hospital

B – LECTURES AND COURSES ATTENDED

6. September 23, 1982: Guest Lecture on Burns given by Dr.Allstein at Maimonides Medical Center

8. February 7, 1983: Conference on “Morbidity and Mortality,” given at Maimonides Medical Center

9. June 10, 1983: Conference on “Morbidity and Morality,” given at Maimonides Medical Center

12. June 26 – July 1, 1983: The Eighth International Congress of Plastic Surgery of the IRPS, Sponsored by the Canadian Society of Plastic Surgeons, Equivalent to thirty seven point four credits in Category I

14. August 25, 1983: Reconstruction of the Breast, Sponsored by Medical College of Virginia, Hot Springs, Virginia, Equivalent to fourteen and one half credits in Category I

21. May 6-9, 1984: American Association of Plastic Surgeons — 63rd Annual Meeting, at Chicago, Illinois Equivalent to twenty three credits in Category I

22. May 15, 1984: “Anesthesia and Cosmetic Surgery,” given at New York University Medical Center

23. October 3, 1984: “Strategies for Improving the Quality of the Recovery of Nerve Repair,” given at New York University Medical Center

28. November 14-17, 1984: Rhinoplasty on State of the Art Symposium – New York, New York Equivalent to twenty one credits in Category I

40. May 1-4, 1988: American Association of Plastic Surgeons 67th Annual Meeting – The Breakers, Palm Beach, Florida: (Equivalent to thirteen and one half credits in Category I)

50. May 29, 1992: Aesthetic and Reconstructive Surgery of the Breast Symposium at Manhattan Eye, Ear And Throat Hospital

52. June 3, 1993: Aesthetic and Reconstructive Surgery of the Breast and Body Symposium at Manhattan Eye, Ear and Throat Hospital

63. March 24, 1995: Aesthetic Surgery of the Face at the University of California, Los Angeles, CA