Does your Vagina Anatomy Embarrass You?

Most women for most of history have shied away from any discussions relating to genitalia and their appearances, especially when it comes to their own genitalia. In the past, if any woman had an issue with her external genital region- whether physical, cosmetic, or both- she would have most likely simply gone on with her life without mentioning it to anyone, not even her doctor. 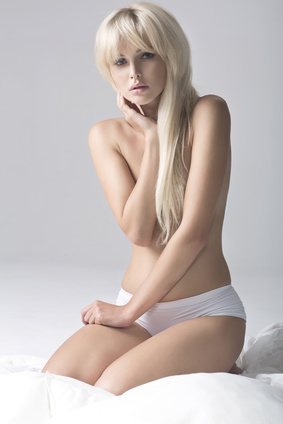 Thankfully, these days, women who are experiencing any issues with their external vaginal region have more open channels of communication with which to express their concerns. Not only has external vaginal rejuvenation surgery- or as it is technically known, “labiaplasty”- been gaining more and more popularity with each passing year, but the techniques with which to bring about more efficient surgeries as well as recoveries have evolved to the point the risks associated with vaginal rejuvenation procedures are now very minimal, with patient satisfaction levels higher than ever.

What is an Average Labia Majora?

The purpose of cosmetic surgery is to bring about a physical alteration of a certain body part to achieve a state of a collectively agreed-upon determination of what is “average” for that body part. However, there is no formal, medical standard of determining what the “average” labia majora is; the shape, size, and color of each woman’s vaginal region is unique, with the only measure of “average” being a woman’s personal opinions on what is deemed as an aesthetically-pleasing vaginal area.

However, there are situations in which the shape and size of a woman’s labia majora can cause physical discomfort, embarrassment, or even legitimate medical problems, creating the need for a labiplasty majora procedure that can bring about a more “average”, comfortable size and shape of the labia majora.

Whatever the cause of the difference in size or shape of labia majora, there are two types of problems that result from these differences: aesthetic problems and physical problems.

The technical term for labiaplasty is labia change which could include reduction or changing shape or reconstruction of deformed or missing part. It refers to a cosmetic procedure, which reduces the size or in some cases, changes the shape of the lips on the exterior of the woman’s vagina.

Most women who undergo a labiaplasty majora do so because of the changes to their labia majora as brought on by the effects of aging, pregnancy, and/or weight gain/loss.

Consultation at the Cosmetic Gynecology Suite

If you have been considering Labiaplasty to help improve the appearance of your Labia Majora for any reason, we encourage you to reach out to us and schedule a consultation with our Cosmetic Gynecology Specialists.

At the Cosmetic Gynecology Surgery Suite, you will receive the attentive and superb personal care you deserve when you decide to have plastic surgery of the vaginal area such as vaginaplasty, hymenoplasty or labiaplasty.

Our experienced, well-trained, compassionate professional staff is ready to provide you with the knowledge and medical expertise you need to make the correct decisions, and will also guide and support you through the surgical procedures. Contact us today!